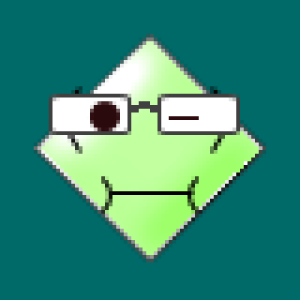 As the holiday season approaches and your other half are looking for a romantic getaway take a look at the Big Easy. There isn’t any doubt that there is no other city in the world like New Orleans Louisiana. The city has an old world charm that is unmatched. There are so many things for a couple in love to do that you can’t do it all in one trip. The holiday season is a great time to experience the charm of New Orleans.

The street downtown known as Canal Street will be lit up with holiday cheer. The Downtown Development District and the Roosevelt hotel are sponsoring the second annual Canal Street “Your Home for the Holidays” during the month of December. There will be a Canal Street lighting ceremony on November 24th along with book signings, live entertainment and a visit from Santa a.k.a. Poppa Noel. There will then be a parade and concert scheduled for December 5th that will feature include holiday-themed floats, marching bands, Saints, Hornets and Zephyrs mascots, the Honeybees and the pint-sized Stingers, the giant Teddy Bear from the Roosevelt Hotel’s Teddy Bear Teas, the Big Easy Rollergirls, pageant queens in cars from the Crescent City Corvette Club and more.

You and your spouse or significant other can spend time walking around the French Quarter looking at all the homes, shops and hotels that are decorated for the holiday season. People watching abound in Jackson Square and the French Market. Sitting at Café du Monde for a little coffee and beignets is a must. There are numerous historical tours and carriage rides to enjoy. There are even free walking tours given by the Park Rangers at the Jean Lafitte National Park and at the Preserve’s French Quarter Visitor Center. The Cabildo is in the heart of Jackson Square. This is the site where the Louisiana Purchase was signed and now houses a Louisiana History Museum.

The music in New Orleans consists of a wide variety of styles. You can hear some old New Orleans style jazz at Preservation Hall or you can slide down to Frenchman’s Street that has several clubs with live music and many with no cover charge.

A stroll along the Mississippi River, down St Charles Avenue with all of its historical mansions or taking a ferry into Algiers Point are just some options to allow your food to settle and spend some time seeing the sites.

Closing the evening out with a drink at Pat O’s Patio Bar, The Bombay Club, The Carousel Piano Bar at the Hotel Monteleone, the Columns Hotel, Snug Harbor or Café Brasil are just a few of the options.

The amazing thing about New Orleans is this list does not include 10% of the places to go and the things to do. So grab your sweetheart and rekindle that romance with a little Big Easy R and R.