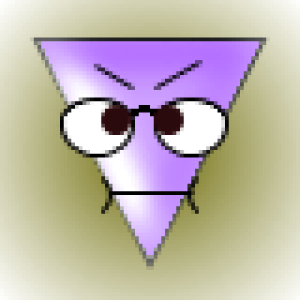 You should do Antoine’s

I get asked a lot of questions being a French Quarter local. “How do we get to the LaLaurie Mansion?”, “Is the Convent down this way?”, “Is it safe to walk to Frenchmen St. from here?”, “Which way to Bourbon Street?” etc. but the most asked question hands down is “Where should I eat?”. My answers may vary depending on what said person is looking for. I try to give a few different choices but the options always include lunch at Antoine’s of course.

Antoine’s is New Orleans’ oldest family run restaurant, owned and operated by the same family continuously since 1840 and as much a part of the French Quarter as Jackson Square and St. Louis Cathedral. Antoine’s has more than a few stories to tell. Imagine a restaurant that has survived the Civil War, two World Wars, the Great Depression and Prohibition, epidemics and more modern day hurdles like hurricanes. Katrina did a real number on their famed wine cellar. It is no secret that I am enthralled by this amazing place and it’s history as evidenced by my regular visits.

In 1840 Antoine Alciatore, an 18-year-old French immigrant sails to New Orleans from Marseilles. As a teenager , Antoine opens a pensione, a combination boarding house and café. He named it Antoine’s.  Antoine had been apprenticed, since the age of 8, to a great French chef. He needed to learn a trade to help his family as their fortune as cloth merchants was being depleted. The opportunity of America and more specifically New Orleans paid off as he immediately became a notable culinary force. He changed the way meals were served at public tables and introduced sauces and haute cuisine to the city. Relying on the bountiful Louisiana products and his own creativity he offered magical meals that was the talk of New Orleans. Antoine’s was the first to serve dishes like Crawfish Etouffee, Shrimp Remoulade and Chicken Creole.

Antoine died in France in 1874, leaving the restaurant here in the Vieux Carre’ to his son Jules. The young chef also received extensive culinary training, cooking and studying in Paris and Marseilles before returning to New Orleans. He formally took over Antoine’s in 1877, and during his tenure invented Antoine’s most famous dish, Oysters Rockefeller. 1934 sees Jules’ son Roy take over, and  the restaurant goes through some of it’s most challenging times, Prohibition and World War II. Yet he and the Alciatore family thrived. During that time Roy added dining rooms decorated in Mardi Gras themes that have since become almost as famous as the food.  Get a glimpse of Mardi Gras history just by looking at the walls of the Rex, Proteus and 12th Night rooms, and in Antoine’s bar, named after the Krewe of Hermes.

The restaurant became the setting of a best-selling murder-mystery novel titled Dinner at Antoine’s in 1947. Its author, Frances Parkinson Keyes, was a prolific journalist and novelist who lived in a French Quarter home once occupied by Civil War hero General P.G.T. Beauregard. Today, both Keyes and the General are honored at the historical museum known as the Beauregard-Keyes House, located just blocks away from Antoine’s.

Antoine’s celebrated its 175th birthday in 2015 which makes it 179 this year.. It’s hard to wrap your head around the thought of a 179 year old restaurant that has opened its doors to Popes, Presidents, movie stars, war heroes and every day people. So please do yourself a favor and visit the French Quarter icon. I highly recommend their lunch special where you get your choice of one of three appetizers, one of three entree’s, and one of three desserts for a mere $20.19. It will go up to $20.20 at the first of the year. You will also want to indulge in the 25 cent cocktails offered with the meal. The service is top notch and a story in itself. Ask your server for the tour after you dine, you won’t be sorry.

See you in NOLA!